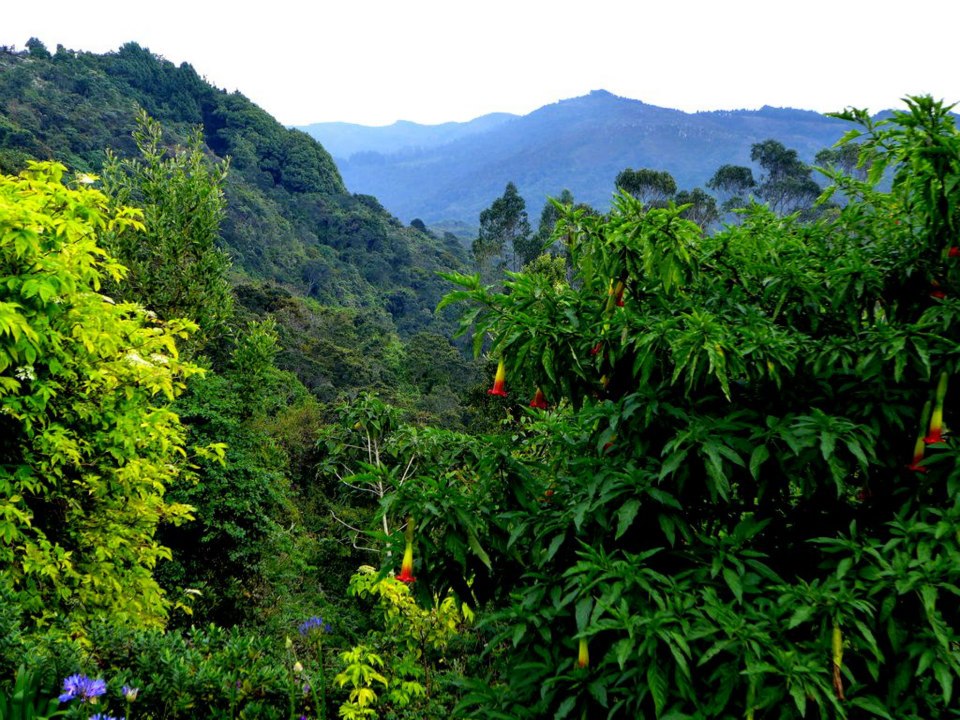 I got quickly used to some good things during the couple of years when Colombia was my home. And getting ‘’unused’’ is not easy now. Especially now during the autumn months in Europe when it is getting cold and it is raining. When the leaves fall (well it is colourful now) but when the trees have no more leaves the city will be dark, sad and cold. There are so many thing in Colombia that I enjoyed so much, but for some of you they might sound simply strange. The reasons why living in Colombia has ‘’ruined’’ my life for long to come are:

• Seasons. Colombia has no season due to its proximity to the equator. Also each of its regions has its own specific climate, the same throughout the year. For example the Caribbean coast has humid and hot weather all year round while Bogota’s climate is similar to an ‘’eternal spring’’ (a bit colder version of spring). Although it is the rainy season in Bogota right now. It will end in December. It is when the dry season starts with its blues skies and sunshine. It will last until February/March. So the post-Christmas and New Year’s depression is easier to handle having warm and sunny days. The weather in Europe makes me feel blue right now.

• Time change. We changed the time just a week ago. Only an hour but I still can’t get over it and I’m tired all the time. There is no time change in Colombia. The days last 12 hours all year round from 6AM until 6PM. It never bothered me not having natural light after 6PM.

• Beaches. Isn´t it nice to have the Caribbean beaches just an hour and a half by plane? Cartagena de Indies, Aruba are great destinations for a weekend during November rainy days in Bogota and are very close. (Well I could also try to book a flight to Dominican Republic right now from Europe but I would need at least a week of holidays and the flight would last 8-9 hours.) Another options are towns near Bogota, situated at a lower altitude (called Tierra Caliente) where the climate is similar to the Caribbean Coast.

• Exotic fruit. I miss the variety of exotic fruit and the fresh juices all year round. My favourite one are Lulo and guanabana. About the different exotic fruit that can be found in Colombia you can read here.

• Home deliveries. Isn’t it great to be able to have almost everything delivered to your home? Food, medication, doctors, beautician. I once twisted my ankle and the physiotherapist used to come to my home 3 times a week. (the insurance luckily covered the treatment). Another time I run out of salt and it was raining cats and dogs so I called the grocery shop nearby and had a bag of salt delivered in less than 30 minutes. Living in Colombia is simply great 🙂

• Colombia and its people. All the people I met in Colombia were very nice. My neighbours, some others moms and grandmother on the playgrounds. They helped me to recover my faith in people lost in the European city in live now. The Spanish they speak in much more polite and soft than the Spanish from Spain. The Colombians are smiling and helpful. This might be the reason why Colombia is considered as one of the happiest countries in the world. And the proof that I didn’t make it up come here: