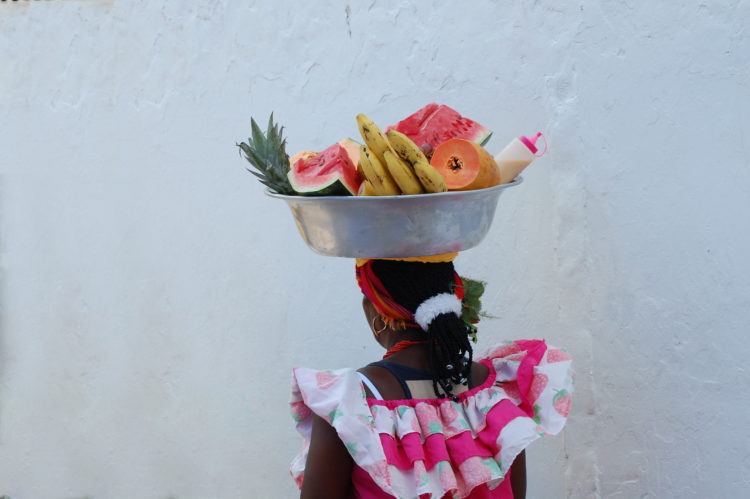 Cartagena de Indias – a gem of the Caribbean. The city is surrounded by a wall, which was supposed to protect it from pirate attacks. It is easy to spot on the colorful streets of cartagena women balancing baskets full of fruit on their heads. Many do not know that they are not Cartagena’s inhabitants. They are considered Palenqueras of Cartagena de Indias by many tourists however they are not. Their history is interesting but also complicated. 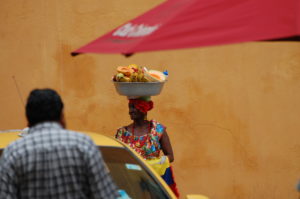 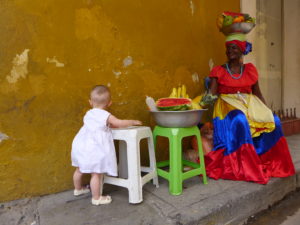 Palenqueras found a way to support their families by using what they had in abundance – fresh fruit. They used to put on their long colorful dresses, put baskets with fruit on their head and headed to the city of Cartagena to the sell them to locals. They did not go back home until the baskets were empty. The fruit selling quickly became a steady income for the town and many other women started to go to Cartagena from Palenque with baskets to sell fruit.

The palanqueras are now a part of a difficult history but also the symbol of not just Cartagena de Indias but also of Colombia. Nowadays they pose for photos to make money apart from selling fruit. Behind their smile, there is courage of generations of hardworking mothers and women supporting their families.